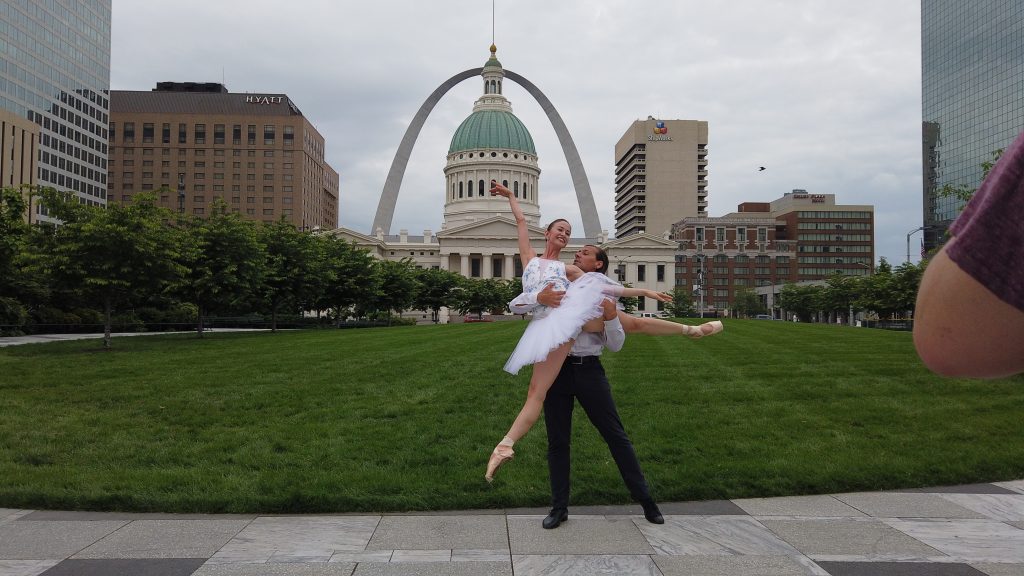 The arts have always brought St. Louis together. From summer nights watching stories unfold on stage at The Muny and Shakespeare in the Park to the countless festivals around the city centered around international music and cuisine like Festival of Nations, St. Louis comes alive in the summer with an array of artistic expressions unlike any other time of the year. Families flock to Forest Park, The Fox, COCA, Opera Theatre of St. Louis, the Missouri Botanical Garden and countless other establishments to come together over a shared love of the performing arts.

As our country and individual communities face hardships and suffering, the power of the arts is more important than ever before. While our world heals from the effects of COVID-19 and witnesses violence across our country, it is the artists who use their form of expression to reflect our collective emotions and bring light to our lives. Unfortunately, as arts venues remain closed, full-time artists continue to financially suffer – their livelihood depends on performing.

That is why Opera Theatre of St. Louis, the Regional Arts Commission, St. Louis Shakespeare Festival, and more than 15 other organizations came together to form Arts United STL – an inspiring evening of performances spanning music, theater, dance, visual art, and more, reflecting the artistic diversity and traditions of our communities. The live streaming event took place on Sunday, May 31st (but can still be enjoyed HERE) with the goal to raise $250,000 for the RAC Artist Relief Fund for local working artists. Beyond raising money for these performers that were in need, the event sought to remind us how we are all united by our shared love of the arts. 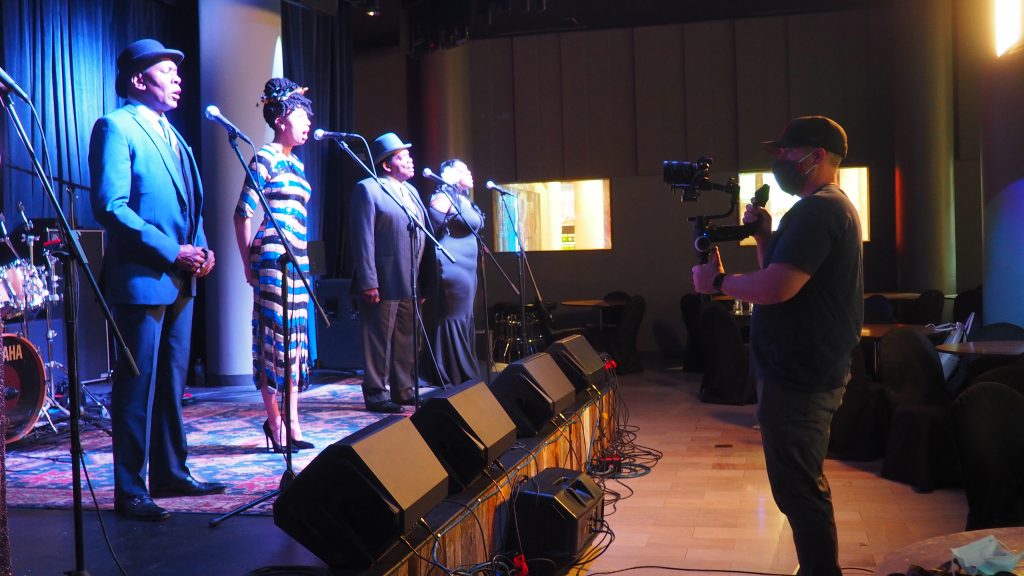 Recreating the Magic of a Live Performance

As we have countless times before, Switch was quick to lend a hand to support arts organizations in St. Louis. Our production team worked tirelessly for weeks individually recording the different singers, dancers, actors and musicians in and around St. Louis. We recorded video, handled the sound mixing and editing for the The Muny, Tennessee Williams Festival St. Louis, Big Muddy Dance Company, The St. Louis Black Rep, and many more that were included in the event. Many famous locations were featured as the background for powerful performances including The Blues Museum, Kiener Plaza and the Mississippi River front.

Two of the video shoots required an extra bit of technical wizardry for our team. The first was a shoot at The Sheldon involving the St. Louis Children’s Choir. Using a little “movie magic” as the broadcast described, our video editing team was able to create several composite shots to make it look like 28 children were singing in the theater at the same time, when in fact only 5-6 children were filmed at once for the safety of everyone involved. These multiple shots were then edited and went through extensive sound mixing to create a truly magical moment. 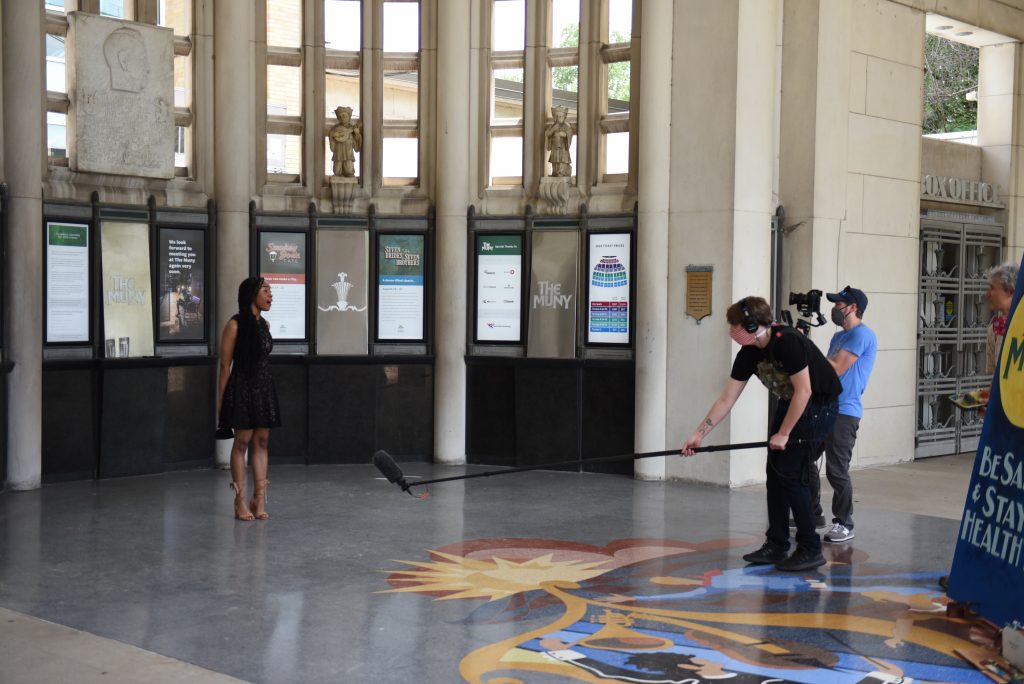 One of the most challenging shoots ended up being the final performance of the broadcast. It was a show-stopping number that featured multiple actors of all ages, stagehands and ushers, all being spotlighted during a massive sing-along in the front entryway of The Muny. But that’s not all – as if directing multiple people wasn’t hard enough, the performance was presented as one long, single-take. Beginning with Broadway legend Ken Page, the camera glided between all the people who make The Muny so special as they joined in singing “What I Did for Love” from A Chorus Line. Our camera crew, wearing masks and equipped with extra-long boom mics for safely-distanced audio recording, were able to weave around the people to create this impressive feat. We then mixed the footage we recorded, the audio from the shoot, and the individual chorus audio that was previously recorded in our Switch sound studio to create a seamless presentation that wowed audiences watching from home. 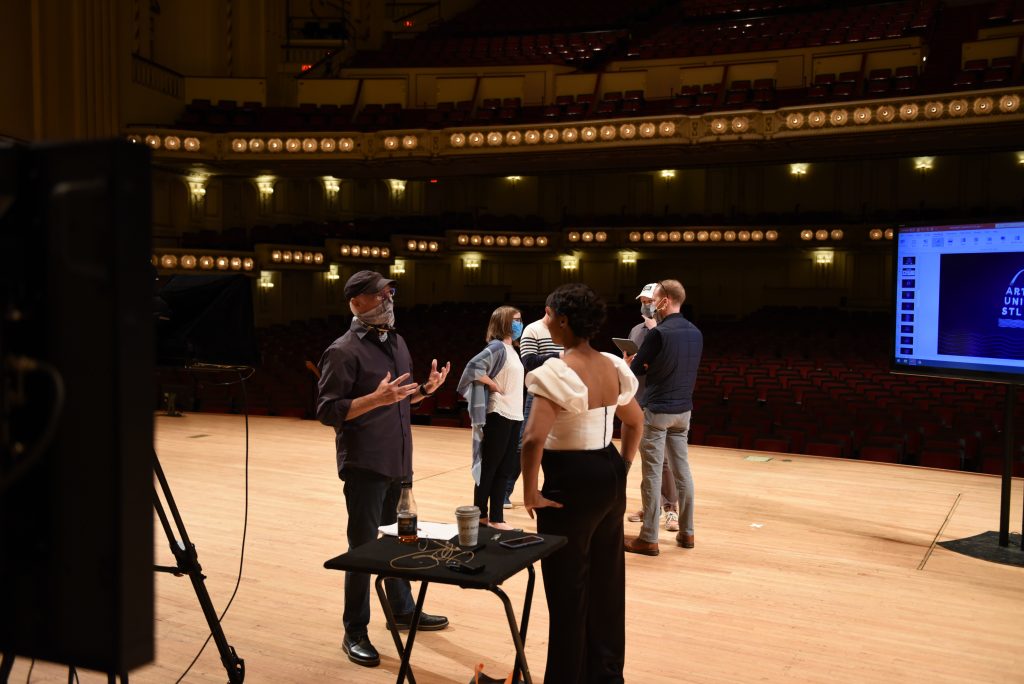 The performances were only half the show. Once the videos were shot, mixed and edited, and graphics and titles were created, Switch Streaming handled the live production on site at Powell Hall to bring the show all together to screens everywhere. Our production team was able to film the live event hosted by local artist and arts administrator, Andrea Purnell. The broadcast was able to be streamed on Opera Theatre of St. Louis’ website, YouTube page, and on HEC TV cable channels. In the end, the live-streaming event raised $350,000, and more donations will be collected through June 26th. You can learn more about donating HERE.

For over 40 years, Switch has been involved in moments that connect our city. We’ve helped bring Shakespeare to the Park and produce soaring events like the Great Forest Park Balloon Race, and we’ll continue to assist in supporting local artists and arts organizations. The success of Arts United STL proves that we can still deliver safe and healthy experiences for audiences in our communities who believe in the transformative power of the arts.

Are you interested in staging a virtual event, performance, or meeting?